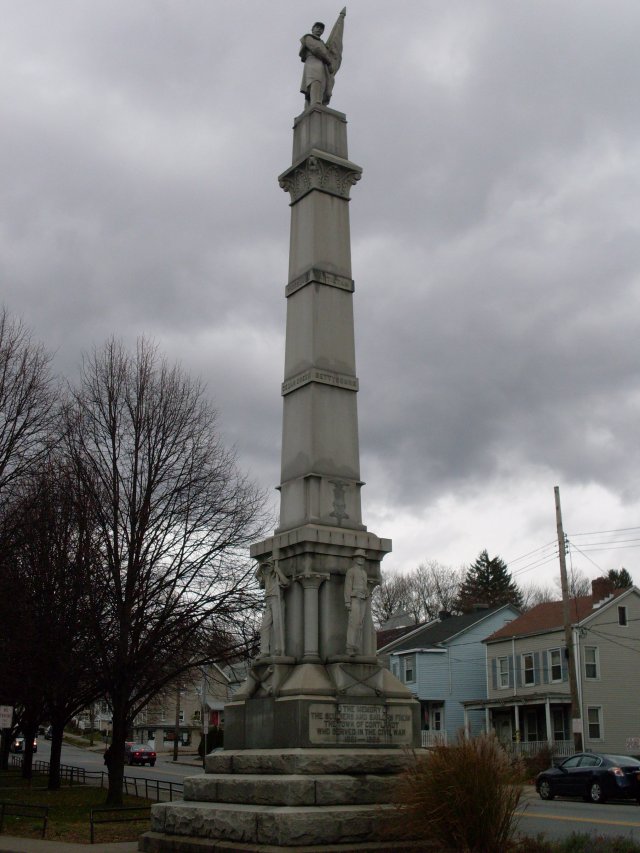 The Civil War Monument located in Peekskill N.Y., sits on the corner of two busy city streets, North Division Street and Highland Avenue. The structure stands taller than the surrounding trees and buildings, which makes it a recognizable landmark. The three-dimensional statues of sailors and soldiers and memorable battle locations all contribute to the overall majestic and nationalistic feel of the memorial.

The striking features of this monument are the intricate detail of each individual statue, which gives the monument a realistic and life-like depiction of comrades in the Civil War. The surprising feature of this monument is that although it is only called the “Civil War Monument,” it honors all the soldiers who have lost their lives in times of war and recognizes each significant battle in the United States. 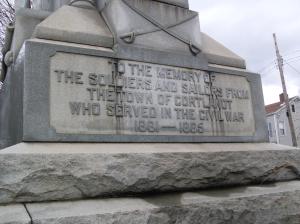 This monument is unlike any other war memorial I have seen. Its artistic detail and recognition of all who contributed to defending America make this monument a significant part of Peekskill’s prominent feelings of nationalism.