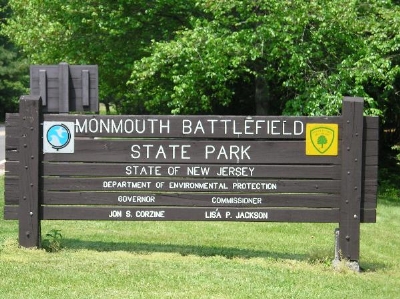 The park is an almost 3000 acre park located off of Route 33 in Manalapan, NJ. It is a site meant to honor those who fought for our freedom in the battle of Monmouth during the revolutionary war.

What surprised me about the site was that one of the people it memorializes the most is a woman named Molly Pitcher. When you think about the revolutionary war you rarely think of women having a large contribution because of the gender roles of the time. However, this woman, Molly Pitcher, played a large enough role to earn status as a lieutenant in the army as well as a memorial within the park today.

This prompted me to think about how many other women played a role in the Revolutionary War that went unnoticed. And how many other individuals, male or female, played such a large role in the war or specific battle, that they received their own monument. As it turns out, there were actually a number of other monuments dedicated to women who ended up playing a part in the war.